Are you in need? Request Help

Giving Back Packs currently provides assistance only in the Spokane, WA, area.

Local man helps the homeless with his first Gonzaga tattoo

SPOKANE, Wash. — Rick Clark was 44-years-old when he decided he was going back to school. At the time, he was a high school drop-out living in his car.

“For a long time I just thought that was the cards that I was dealt was the poverty and the struggle. I realized that with a little bit of effort I can change my story and it doesn’t have to end that way,” he said.

After going back to school and creating his own charity, Clark was accepted to Gonzaga University. On Tuesday, he got his first tattoo of the Gonzaga logo. Plus, Clark and the owner of the tattoo parlor, ‘Feel Good Inc.’ teamed up, making Tuesday a fundraiser to help collect toiletries for homeless people in Spokane.

“To look into someones eyes and see that they have nothing, it makes you never want to see that again and so I’ll spend the rest of my days just making sure they know that they’re not alone,” Clark said.

Donate cash that goes directly to purchase backpacks and the necessities inside. 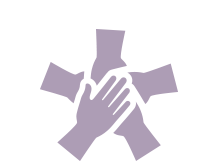 Invite Rick Clark, founder of Giving Back Packs, to your city to speak.

Attend a seminar and learn how to bring Giving Back Packs to your community.