Are you in need? Request Help

Giving Back Packs currently provides assistance only in the Spokane, WA, area.

Community activist, Gonzaga student and formerly homeless Rick Clark will be getting a surprise during a shift at Second Harvest and being recognized for his community work. Family, friends and the GU mascot will be in attendance. He will also be receiving a GU gift basket, backpacks and supplies for his new outreach program. Read More >

Local man helps the homeless with his first Gonzaga tattoo

SPOKANE, Wash. — Rick Clark was 44-years-old when he decided he was going back to school. At the time, he was a high school drop-out living in his car. “For a long time I just thought that was the cards that I was dealt was the poverty and the struggle. I realized that with a […] Read More >

A Spokane man made it his mission to help those going through some tough times. Rick Clark has helped out in more ways than some people could ever try to. Friday, he helped gift a new car to two people. It all started when residents approached Clark about spare cars they had and they wanted […] Read More >

How backpacks and a bus ride changed Rick Clark’s life

Big changes can be sparked by small choices. Rick Clark, 46, dropped out of high school 28 years ago. He’d been homeless and had lived on welfare. After years of barely scraping out a living, Clark wanted something better. “I decided a couple years ago I was done having that define me,” Clark said. The […] Read More >

SPOKANE, Wash. – Gonzaga’s Jesuit ethos embraces a commitment to human dignity and solidarity with the poor and vulnerable. Rick Clark, 46, a junior in his first semester at Gonzaga, knows poverty firsthand. Formerly homeless, Clark launched the outreach program Giving Back Packs to help the down-and-out in Spokane, where he was born and raised. […] Read More >

Rick Clark’s journey to being a transfer student at Gonzaga University is an unlikely one, but then again, much about Rick’s life has been unlikely. After growing up in poverty and occasional homelessness, surrounded by addiction and abuse, Rick dropped out of high school. He spent years working entry-level jobs, surviving paycheck to paycheck in […] Read More >

SPOKANE, Wash. — A Spokane man has set out to help the homeless in the community, one backpack at a time. Rick Clark created “Giving Backpacks” and has been filling and handing them out to the homeless for two years now. “You don’t know what just a handshake is going to do or even a […] Read More >

In the back parking lot of Zips at Division and Hawthorne, Rick Clark hosted a car wash Sunday to help the homeless. “(I) just (wanted to) show some of the people that need love the most there’s a community out there that cares about them,” said Clark. Even with a car wash company right next […] Read More >

After one Spokane man heard about a homeless man being shot and killed by police just a block away from the House of Charity, he is encouraging compassion. Rick Clark works often with the homeless population, giving out backpacks and toiletries. It’s a cause close to his heart. “It was something that’s part of me. So when […] Read More >

Donate cash that goes directly to purchase backpacks and the necessities inside.

Invite Rick Clark, founder of Giving Back Packs, to your city to speak. 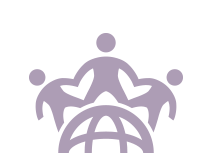 Attend a seminar and learn how to bring Giving Back Packs to your community.